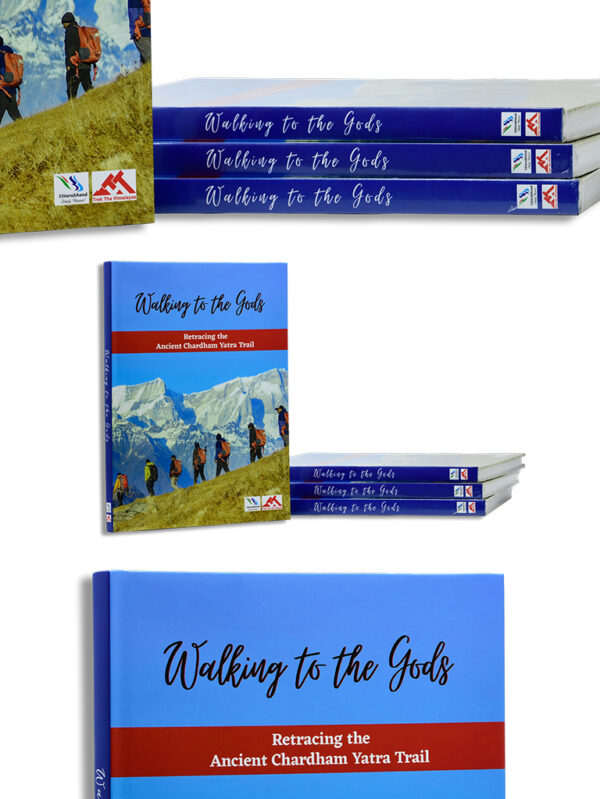 Walking to the Gods

Walking to the Gods is a documentation of their pilgrimage to Yamunotri, Gangotri, Kedarnath and Badrinath on foot and the plethora of
information the Char Dham Yatra Team gathered along the walking route that would help develop the circuit for other pilgrims, spiritualists and adventure seekers who might want to walk on a path laden with Puranic legends and myths at every corner, splendorous natural beauty and high-altitude treks for the thrill seeker.

Trek the Himalayas (TTH), in association with the Uttarakhand Tourism Development Board (UTDB), embarked on a historic endeavour of rediscovering the ancient Char Dham trail that was walked on foot by pilgrims hundreds of years ago.

The Char Dham circuit connects the four ancient pilgrimage sites in the state of Uttarakhand viz. Yamunotri, Gangotri, Kedarnath and Badrinath. In the past, the Yatra was primarily done by ascetics and other religious aspirants who would take up the challenge of walking these long and arduous trails, sometimes ascending to elevations of 4,000m.

A distinguished team of 24 left on a quest to retrace the old Char Dham route on 24 October 2021. In exactly 50 days, the team walked for 1,170 km in total. The central team included trek researchers, an exploration leader, an operation leader, SDRF officials, a documentation crew and a media crew. The entire journey along the way was documented through visual and written mediums. A group of filmmakers recorded this entire epic journey, from the challenges, the stories, the arduous climbs, the conversations with locals to the religious, social and historical aspects of the journey. The research team and the media team were in constant coordination with the digital team at the office responsible for the written documentation, social media handling and data management of the project.

There are no reviews yet.

Be the first to review “Walking to the Gods”Cancel Reply

Walking to the Gods 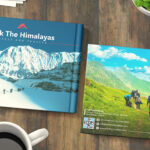